Our experienced consultants can assess, script edit or write every genre of story for all script formats and across all media: feature scripts, shorts, TV series and mini-series, web series, transmedia, VR and multi-platform.

Assessor and Script Editor: Drama, Crime, Rom-Com, War, SciFi and manuscript assessments.
Greg is founder-director of Script Central. He has been a script editor and consultant for all Australian film funding bodies and the AWG for over twenty years. An award-winning writer/director, Greg’s films and documentaries have screened at over 60 film festivals & on numerous TV channels, nationally and internationally. His screenplays Pangs and The Whistler won several national script competitions including the Inscription Open Script award, AFC Writers Fellowship and three Varuna Writers Fellowships. Greg has lectured in Scriptwriting at Macquarie University, UTS, NIDA, and AFTRS. His many script editing credits include produced feature scripts Don’t Tell, Moon Rock for Monday, Broken, The Bet, Needle, Cold Turkey, feature documentary, Occupation Native; Red to Blue, the winner of the 2016 John Hinde SciFi Unproduced Script Award, and We’ve All Been There, best film at Tropfest 2013. His second novel, The Night Whistler was published by Text Publishing in 2020 and The Night Whistler was shortlisted for the 2021 Ned Kelly Awards Best Debut Crime Novel. 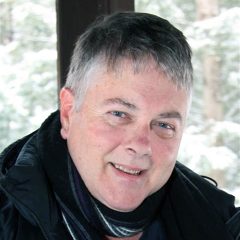 Script Editor, Mentor, Assessor TV series, features, drama and comedy, historical, biopics.
With over 30 years’ experience creating and writing drama projects for ABC-TV including Brides of Christ; The Leaving of Liverpool; My Place – Series 2; SBS (RAN – Remote Area Nurse) and Network Ten (My Brother Jack), John is the recipient of 4 AWGIE Awards as well as the Australian Writers’ Guild’s Dorothy Crawford Award for Script Editing. He is the Recipient of a Foxtel Fellowship; a MacDowell Fellowship (USA), and is currently developing new projects for Blackfella Films and Scripted Ink. John enjoys supporting established and emerging writers for adult and children’s audiences.

Script editor, assessor, comedy, drama, TV, features, plays – is best known for his multi award-winning TV comedy series Mother and Son which was shown in more than 50 countries. Other television work includes, Grass Roots which received 7 AFI awards including two for Best Screenplay; award-winning sitcom series Eggshells and One Day Miller and his satire on race in Australia, BabaKiueria, which was given a United Nations Media Peace Award. His play WARNING: EXPLICIT MATERIAL was part of the Ensemble Theatre’s 2011 season and Liberty Equality Fraternity ran in the 2013 Ensemble season. His play Dear Mum and Dad was part of the Ensemble Theatre’s Gallipoli Project in 2015. A stage adaptation of Mother and Son played in Melbourne, Canberra and Brisbane in 2014, and ’15 and will tour Eastern Australia in 2020. His latest play Black Cockatoo is the first production for the Ensemble Theatre’s 2020 season and is part of the Sydney Festival. In 2009, Geoffrey was made a Member of the Order of Australia. 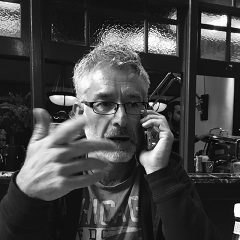 Creative Screenwriter with more than 20 years’ experience in the Film and Television industry, both in France and in Australia, I specialise in Animation, with more than 50 episodes as a Writer and over 150 as a Script Producer. I worked on International co-productions (including ‘Heidi’, ‘Vic the Viking’, ‘Tashi’ and ‘The Wild Adventures of Blinky Bill’) and local series like Channel Seven’s ‘Home and Away’ or French production ‘Pffirates’ (in development/production). I have two feature film scripts in development, one optioned by an Australian production company and the other has won the “WILDsound 1st Scene Screenplay Festival” in Toronto. I am currently teaching/mentoring students of the B.Des in Animation at UTS, and reviewing films weekly for SBS French Radio. 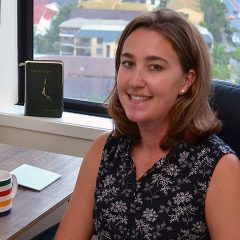 Originally from Canada, Annelies spent seven years working in London before relocating to Australia.
She has provided script consultancy and script editing for several London-based companies and was selected for the prestigious Edinburgh Film Festival lab. While in the UK, her first feature, an action film, was purchased by February Films and is slated for production in 2020. In Australia, she is currently working on a feature film commission for The Steve Jaggi Company with planned production in 2020. She has also recently participated in the writers’ room for children’s series by Like a Photon Creative, and was subsequently commissioned to write the first two episodes. She has a passion for stories that appeal to younger audiences and that represent complex women. 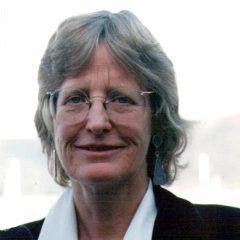 Assessor and script editor – has written many episodes of major series, such as Blue Heelers and Water Rats, and has written several feature films.
She has won six AWGIE Awards, including Best Telefeature for Marriage Acts in 2000. Her episode of Halifax fp was nominated for Best Script, 2001. Anne has eight published books, two adult and six young adult, most with Penguin Books. She has been an assessor and script mentor for the AFC and Screen NSW, has lectured on screenwriting at Sydney University and UTS and currently teaches screenwriting at AFTRS Online. Her feature script, the thriller, Heatstroke, was produced by US company, Bold Productions, in 2013, and she was one of three writers on the feature Don’t Tell, with was nominated for an ACCTA award for Best Adapted Screenplay in 2018. She has a feature script and a miniseries currently seeking production funding. 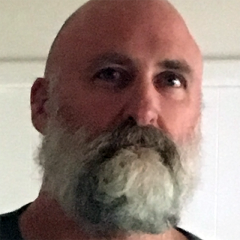 Script editor and assessor, crime, comedy, drama.
A graduate of AFTRS, David has written and directed five feature films, including Idiot Box, Dirty Deeds and Mullet which won the AWGIE for best original screenplay in 2001 and best direction at the Shanghai Film Festival in 2002.  His film Prime Mover won the Queensland Premier’s Literary Award for best original Screenplay in 2009.
He has also directed over 100 hours of television drama, including Rush, Underbelly Razor, Phryne Fisher, Underbelly Badness, Hyde and Seek and Love Child. He co-wrote and co-directed the mini-series Power Games for Channel 9, directed the film Nowhere Boys and directed Dead Lucky for SBS.  As well as writing his own work he has most recently directed the series Les Norton for the ABC. 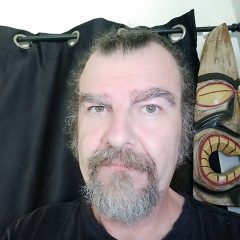 Script editor and assessor, horror, crime, thriller, sci-fi. A genre writer, script editor and consultant who has worked in comedy, horror, sci-fi, thriller, action and genre hybrids. He has worked as a writer or script analyst with Fox-Icon /Fox-Searchlight, Beyond, Voyager Films, Vitascope, Cine-2000 (Korea), China Entertainment (HK) and many others. He has edited many scripts including Masterpiece, a finalist in the 2005 Nichol Screenwriting Competition. In 2007 he produced the sci-fi comedy Mortal Fools and, in 2009, co-wrote the award-winning horror film Needle which sold to 70 territories. He is currently developing the creature feature, Stingers, and is a consultant for Prodigy Movies and Cornerstone Pictures. 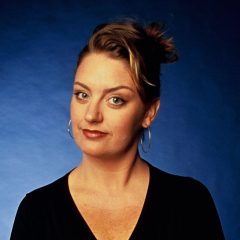 Assessor – drama, genre war, rom com, comedy and musicals.
Katrina is a Creative Producer/writer,  Script Development Executive and Script Editor primarily for feature films and American TV. She has worked in development of mainstream scripts in Hollywood for Lin Pictures/ Rideback, who have a First Look Deal with Warner Brothers (LEGO movies, I.T, ALADDIN, LETHAL WEAPON series) and currently working on a slate of projects in the USA and Australia – building a bridge between Hollywood and OZ. She had a 20-year comedy writing/performing background in Australia, USA and Canada before producing Australian award winning festival favourites, Canopy and The Heckler and many award-winning short films and TV commercials, which opened the door to working in Los Angeles on studio films. 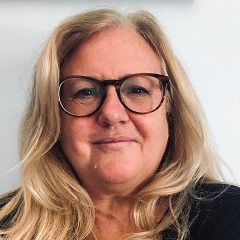 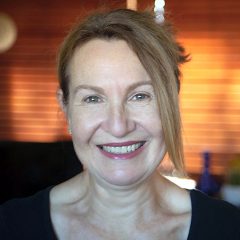 Script editor, mentor.
Academy Award and BAFTA nominee Pip Karmel brings her experience as director, film editor and writer to every script she edits. Acclaimed film editor of Scott Hicks’ Shine, Hearts in Atlantis, and No Reservations; director of AFI winner, best telemovie The Long Ride; writer and director of feature film Me Myself I. Pip has been writer and rewriter on numerous and varied screenplays for such esteemed producers and directors as Phillip Noyce, Emile Sherman and Russell Crowe, and has judged scripts for film and television in the NSW Premier’s Literary Awards. Recent television writing credits include episode 3 of Blackfella Films/ABC drama series Total Control, winner of Best Drama Series, 2019 AACTA Awards. Pip is currently working on season 2 of Total Control, a series for Goalpost Pictures/SBS, and a screenplay with Scott Hicks/May30 Entertainment. 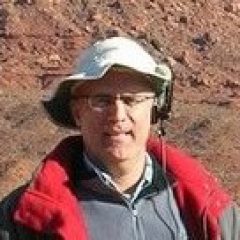 Script editor and assessor, drama, war, adventure, historical, biopics.
A former Los Angeles producer, Scott is now a writer/script consultant in Melbourne, experienced in both fiction and non-fiction arenas. He was a story analyst for Nu Image, The Samuel Goldwyn Company, Hallmark, New World Television, Sundance Institute, and the Roger & Julie Corman companies, among others in Los Angeles. A member of the Producers Guild of America, Scott’s credits include showrunner/supervising producer on Live Life and Win! and co-writing the reality series Hollywood Boot Camp. Some of Scott’s specialties as a story consultant are to help writers/producers create a layered integrated central conflict, complex characters, and themes that cause emotion in an audience. Scott enjoys helping to develop Australian stories to an international level. 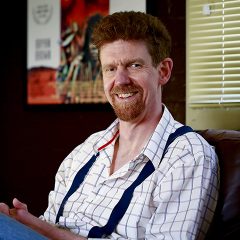 Script editor and assessor, drama, crime, thriller, war.
Nick has written and directed the feature film Dead Heart, which received the FCCA Award for Best Adapted Screenplay, two short films and Saviour, a half-hour episode of the 2006 series Two Twisted, and over a dozen plays. Nick has script edited or consulted on the Australian feature films Clubland, Candy, Caterpillar Wish, Newcastle, Cedar Boys and The King. He has extensive experience writing for series television and has won an AWGIE Award for an episode of the ABC children’s series My Place and in 2012, best TV Drama Series for The Straits. The latter also won a Deadly Award and both seasons of My Place won Logies. Nick has another AWGIE for his stage work, as well as the NSW Premier’s Literary Award and the Australian Human Rights Award. He has recently been a writer on the Wolf Creek TV series. 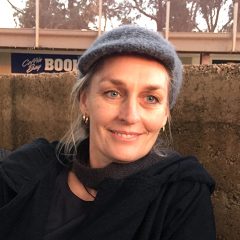 Script editor and assessor, Xmedia, multi-platform, features, TV series.
Evelyn has been a storyliner, script editor, writer and researcher for adult and children’s TV drama series and documentary for twenty years. In 2010 she branched into multi-platform and transmedia production. Prototyping her own projects, she also collaborated on Lance Weiler’s ‘Robot Heart Stories’, and Hoodlum’s ‘The Mosaic Collective’, a multiplatform extension to US series ‘Flash Forward’. Since 2012, Evelyn has lectured in storyworld creation for multiplatform documentary and drama at AFTRS as well as co-authoring Firelight Productions ‘Hands On: All Media Producing’ with Marcus Gillezeau. She’s also been an assessor of feature scripts for the NSWFTO. 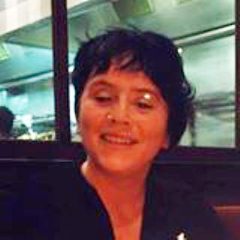 Script development and script editor, drama, genre, western, rom com, musicals, diversity stories.
Chryssy is a screenwriter, script editor and filmmaker. Following her MBA, and Master of Cinematic Arts at USC, Chryssy worked in LA, Europe and Australia, with the William Morris Agency, Thompson Street Pictures at 20th Century Fox, Rosebank Films, Octagon/World 2000 at Ardmore Studios in Ireland, and freelance work with over 200 production companies. Chryssy has consulted for film bodies, studios, broadcasters, writers guilds and Government departments, both domestic and international. She is currently writing two screenplays on commission, and is a producer on several projects. 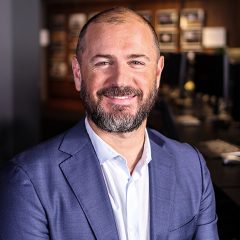 Assessor and script editor, animation, family movies and comedy.
Alex’s career spans two decades immersed in feature film and television as Writer, Director, and senior roles across animation, on major international projects at companies such as Animal Logic, Rising Sun Pictures and Flying Bark. He has consulted on, and written screenplays for clients in Australia, the US and China. Most recently he has written animated feature scripts for Vixo Animation and Gold Valley Films. Alex worked on the feature Peter Rabbit as Additional Animation Supervisor and wrote and co-directed the Chinese animated feature film franchise Frog Kingdom 3 and Frog Kingdom 4. Prior to this, Weight was co-director of the animated feature Blinky Bill: The Movie. He was also animation supervisor on Zack Snyder’s Legend of the Guardians: The Owls of Ga’Hoole and lead animator on Oscar-winning animation feature Happy Feet.

Start working with the right expert for your script

Script Central is Australia’s leading script editing service, working with writers of all levels. Located in Sydney and directed by Greg Woodland,
we have a huge range of talented writers, and cover all genres for the screen

WE HELP BRING YOUR DREAMS TO REALITY